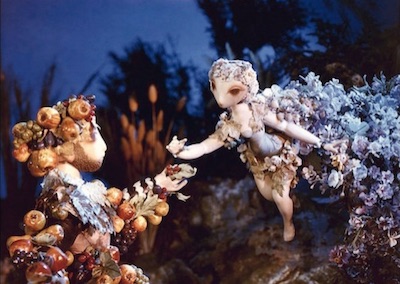 with a presentation by Eugenia Gaglianone and Andrea Pagliardi

A tribute to the great Czech film-maker, puppeteer and illustrator Trnka. He pursued a career as a children's books illustrator, but he's remembered as a stop-motion film author and director, a job that he started in 1946.

Most of his cinematographic works are considered to be made for a mature audience, and they're mainly adaptations of literary texts. He was called "the Walt Disney of the eastern world" because of his influence on animated cinema, despite the difference in subjects and style with the real Walt Disney.
In 1968 he received the Hans Christian Andersen Award for his international career and for his contribution to the children's literature. Thanks to the Prague Film Archive, A Midsummer Night's Dream (1959), one of his most famous titles, is projected at the cinema Massimo for INCANTI 2017.